I led the experimental games section at the short-lived, tablet-obsessed website TabTimes in 2013 and 2014. 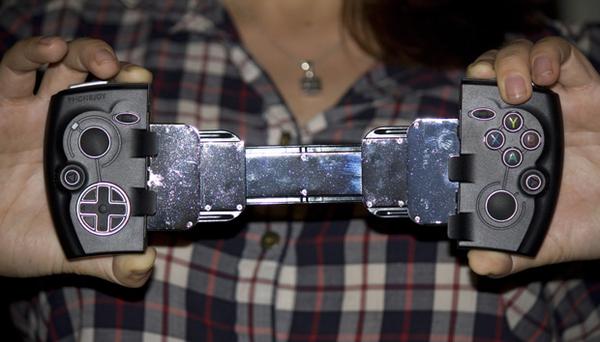 Phonejoy Bluetooth iOS and Android game controller review: impractical for tablets, but at least it's versatile

The Phonejoy Bluetooth game controller for iOS hit its Kickstarter goal in early 2013 with plenty of room to spare, but it's far from the best solution for users looking for a comfortable and high-quality game controller to use with an iPad or Android tablet. 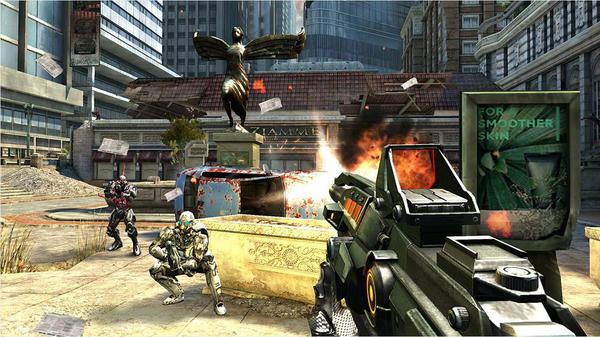 First-person shooters have ruled the roost on PCs and consoles for decades, but making the genre compatible with touch-screen tablets has proven difficult. Thankfully, a few developers have gotten the hang of it, with impressive results. 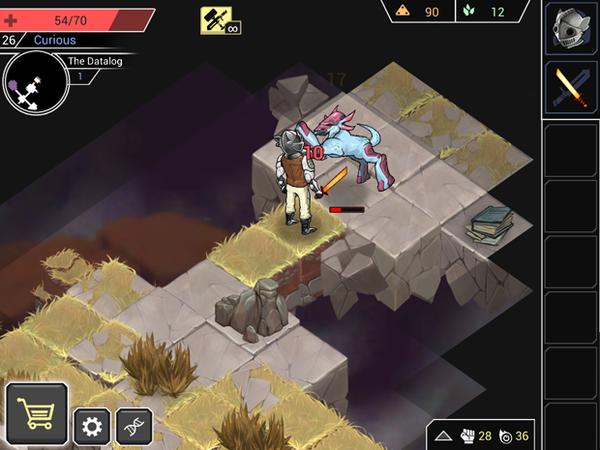 'Shattered Planet' review: burn out in the atmosphere (iOS/Android)

You are a clone. You are going to die. The first five seconds of Shattered Planet convey what the 2010 film Never Let Me Go, in which intelligent clones are born and live only to be harvested for their organs, took 103 minutes to say: life is tenuous, so you have to make the most of it. (Rating: 4 out of 5 stars) 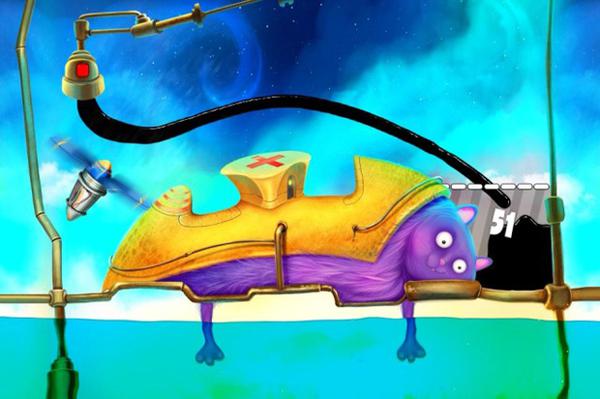 Chillingo is one of the most prolific game publishers out there. The UK company has published tons of games on tablets and smartphones, from free-to-play hits like Tiny City and Iron Force to last year's incredibly imaginative Icycle: On Thin Ice. They've published a huge range of games, and they still do, even since being bought up by EA in 2010. So I jumped at the chance to speak with Ed Rumley. 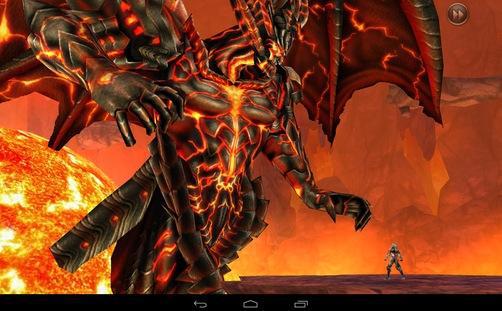 7 expensive Android games that are worth the money

Don’t let the high price tags stop you from enjoying these Android games on your tablet of choice. Except for Expensive Button. That’s on here as a joke. Please don’t buy it. 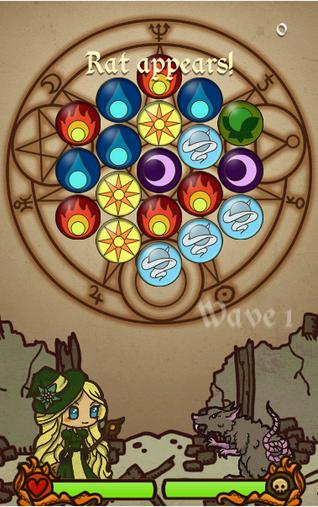 It has just one in-app purchase, made available about half an hour in, and that single purchase unlocks the rest of the game. It was that unusual business model that initially had me interested in Glyph Quest and influenced me to reach out to its developers, Alex Trowers and Leanne Bayley.

In addition to speaking with Nyamyam co-founder Phil Tossell, I also got to chat with Andrew Bowell, the head of product management at Havok. Havok has provided the development tools for some of the biggest games ever, and Bowell has worked there for 14 years. 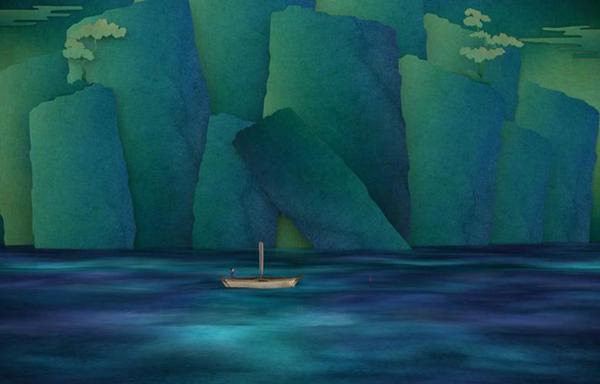 Tengami is not without its problems, as we found in our review. Nevertheless I wouldn't dissuade anyone from picking it up and exploring its folding Japanese papercraft story for a couple of hours. A little frustration at one or two obtuse puzzles doesn't offset the intense beauty of what the team at developer Nyamyam Games has created. 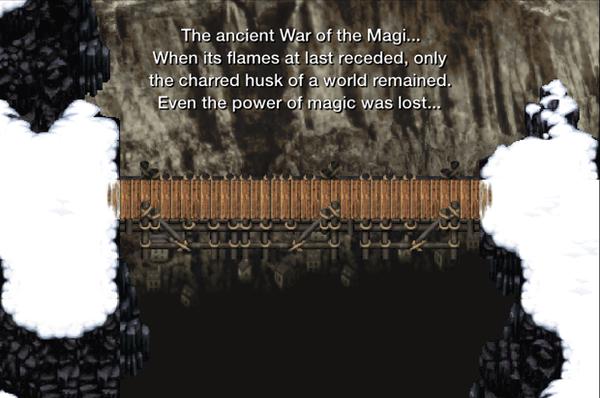 Gamers often find it difficult to accept change, especially when developers start tampering with classic games loaded with nostalgia. If something seems even slightly off, alarm bells start ringing in our heads, and we cry foul.

If you've never heard of Eliss before it can look completely alien. There really is nothing else like it. But it's not really complicated; just chaotic. And if you stick with it for a while you'll find that it's a manageable chaos. 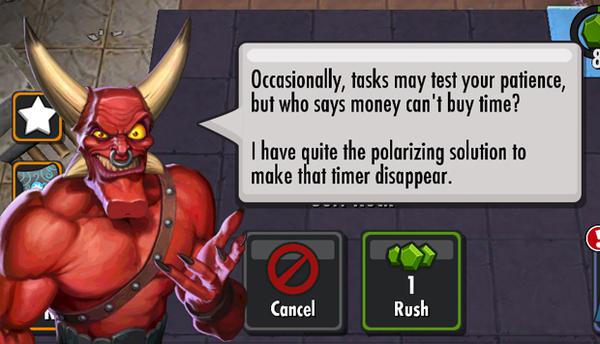 Earlier this week, Electronic Arts released Dungeon Keeper, an iOS and Android version of the classic PC strategy series (read the TabTimes Games review here). Many were excited for this tablet and smartphone remake, but when they finally played it they were instead disappointed, even angered, by the game’s rather aggressive microtransactions. We reached out to EA Mythic’s Jeff Skalski, the game’s senior producer, who was eager to respond to the criticisms. 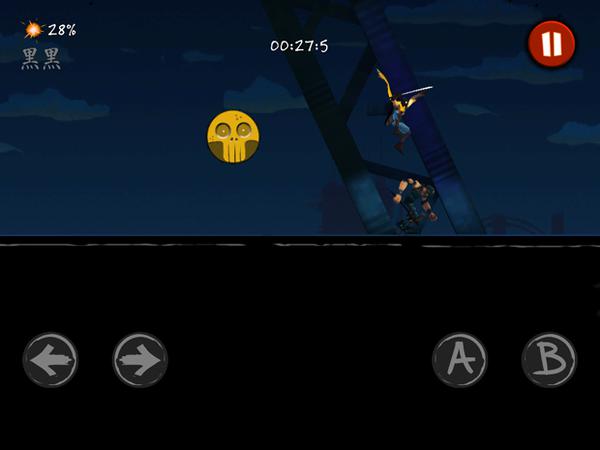 If you're looking for a real ninja game—where you sneak around in the shadows and chuck deadly ninja stars at unsuspecting enemies—go play Mark of the Ninja. Shadow Blade has none of these things. The title is only half right; you'll use your blade plenty, but there are no shadows to hide in here, and Shadow Blade's protagonist ninja seems incapable of being the least bit sneaky. 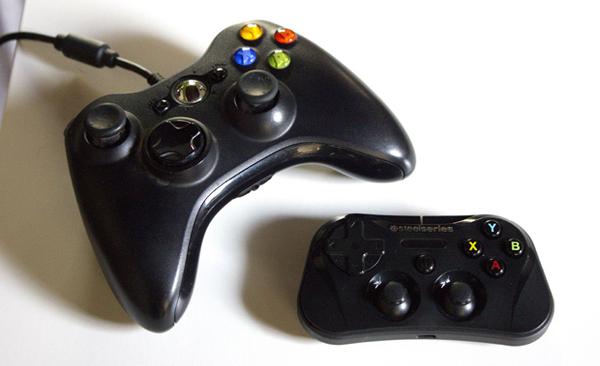 SteelSeries Stratus review: this iOS 7 controller is a victim of its environment

Gaming accessory maker SteelSeries takes pride in the fact that its Stratus controller sits on the shelves of Apple Stores and on Apple.com. When I spoke with the company's publicists back at CES in the beginning of January they stressed this fact; Apple's own engineers put the controller through its paces during development, and the end product is good enough to be featured officially by the company that makes iPhones and iPads.

Yes, Hidden Variable's Tic Tactics came out just weeks before Sennep's Ten. And yes, they're more or less identical, at least in terms of gameplay. But it seems both games were in development for months before either developer had heard of the other—and more importantly, neither was the first to come up with this take on the age-old game of tic-tac-toe. 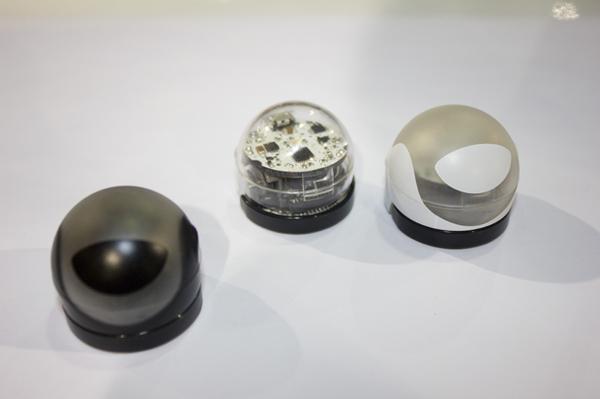 Ozobot may not be as smart as they say, but darn if it isn't the cutest

Ozobot seemed to impress a lot of people at CES 2014 last week, and I had to go check it out it for myself. Sure enough, when you first see the little critter scurrying around on the screen of an iPad or a giant Windows 8 tablet, it looks like something that might have cleaned the Jetsons' bathroom for them, probably while whistling or complaining loudly in an adorable little robot voice. 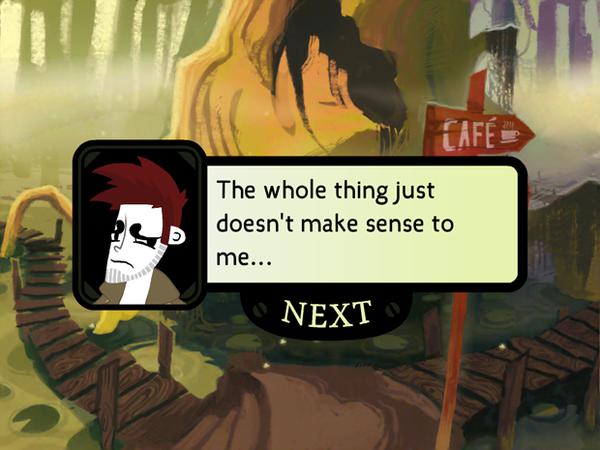 It's really rare for me these days to complete a game and immediately starting wishing for a sequel. Maybe I'm jaded, though at 25 I doubt it. I think it's just that there are so many great games out there to play, and there's always something next up in my queue. Nevertheless, that very thing occurred the second I finished Detective Grimoire, and I already can't wait for the seemingly inevitable follow-up. 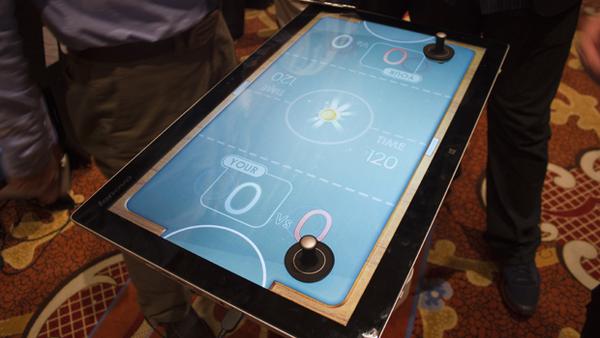 Trying out some games on Lenovo's Horizon 2 Windows 8 table tablet back-to-back with Snakebyte's Vyper Android gaming tablet gives one a definitive sense of just how diverse tablet gaming really is. Both devices are tablets, but they offer very different gaming experiences. 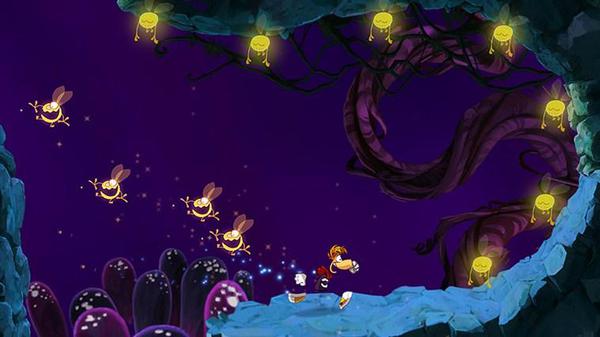 The 25 Best Windows Games for Tablets

It’s been over a year now since Microsoft launched the Surface line of tablets with Windows 8 and, with the new hardware and new OS, a new age of Windows gaming. 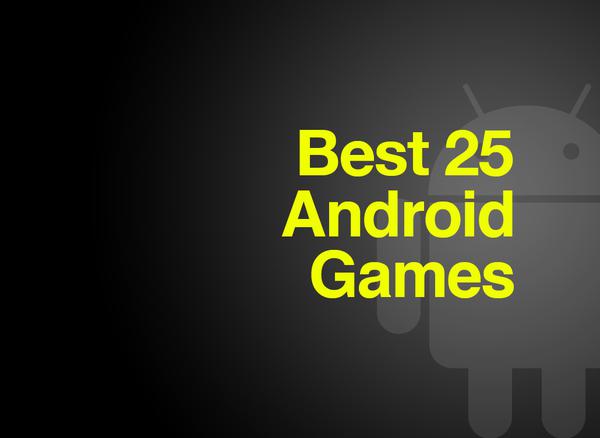 A record number of high-profile and indie Android tablet games made their debut in the Google Play Store this year, making 2013 sweeter than Jelly Beans and Kit Kat bars combined. 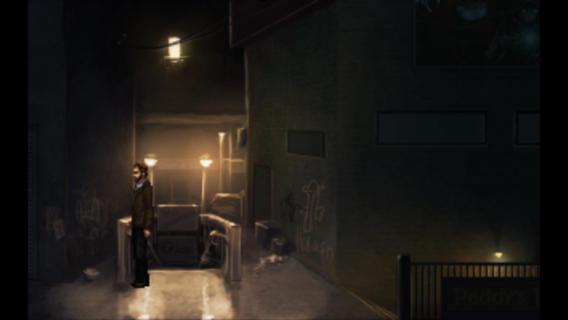 Porting adventure games to tablets: is it worth it? And what's next for Wadjet Eye?

As Brooklyn-based Wadjet Eye Games, the husband-wife duo of Dave and Janet Gilbert specializes in niche adventure games that they've been porting to iOS and Android. Games like The Shivah, Gemini Rue, the Blackwell series, and Resonance have enthralled fans of the classic genre on PC, and now that they're being ported to tablets a whole new audience is gaining access to them.
Load More Articles
Close ✕